The sun rises with a warm glow over Madison’s gently sloping hilly terrain, just the same as it did two centuries ago when John Taylor Johnstone and his family migrated to this area from North Carolina. Perhaps the majesty of this sweeping landscape reminded Johnstone of his ancestral home in Scotland, where an earlier member of his family had held the title of Earl of Annandale and Hartfell. Meanwhile, back in Scotland, where golf was born in the Middle Ages, the sport was taking root and planting seeds around the world. But Johnstone might never have predicted that the land here in Madison that he had chosen for his family’s home would one day be home to an award-winning golf course all its own, along with a thriving neighborhood community nestled amidst those sun-soaked hills.

In the 1990s, local attorney David Nutt acquired some 2,100 acres of what had once been Johnstone’s family estate. As the city of Madison grew around it, Nutt crafted a plan to make this stretch of land a gathering place for a new generation. A master plan for the unique neighborhood that would be called Reunion was born, and the first homes were built in the 2000s. Families were drawn to the wide range of amenities that only a property this expansive could offer, including an equestrian center, hiking and biking paths, and 400 acres of lakes stocked with fish. The centerpiece of it all was the full-scale country club, complete with a par-72 championship golf course.

In 2006, plans emerged for a grand clubhouse to serve as the centerpiece of the club and neighborhood, and by 2015, with multiple refinements made to the plans, the Reunion team moved forward with construction. The building’s architectural inspiration was Annandale Home, the historic columned residence that now serves as Reunion Hall at the neighborhood’s main entrance. This mansion was originally built in the late 1800s for the Johnstone family, then burned in the 1920s and was rebuilt.

The new 33,000-square-foot clubhouse draws influence from Greek Revival architecture—with columns all around in a nod to its predecessor on this land—but adds modern touches that suit its members’ contemporary lifestyles. The design garnered Reunion as the “Clubhouse of the Year” award from Golf Inc. magazine in 2019. With vibrant activity all around, club members and neighborhood residents enjoy the realization of a vision from long ago.

Reunion was awarded the City of Madison’s only Diamond Award. 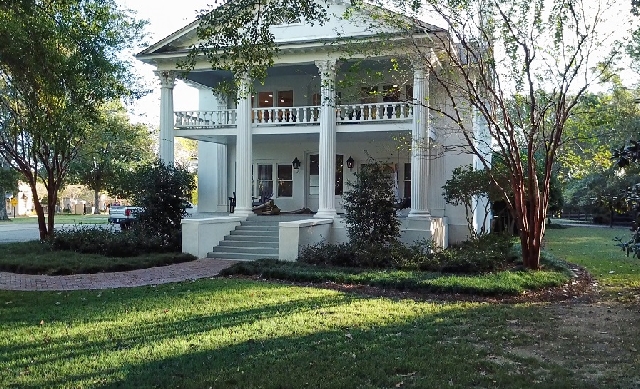